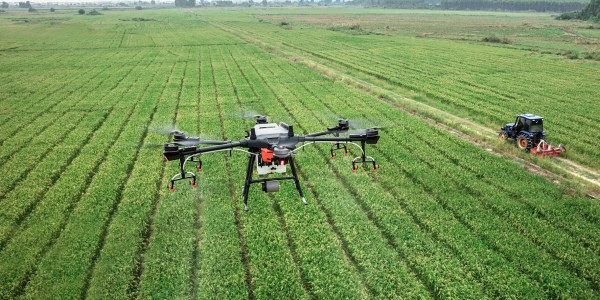 There are visible tell-tale signs of investors’ growing interest in the huge potential of Indian agriculture. Agriculture has always been the focal point of Indian Economy, and it is encouraging to see some prominent movements finally being initiated.

Omnivore, a prominent Agritech Venture Capital Firm; on 27 August published a report on “The Future of Indian Agriculture and Food Systems: Vision 2030,” exploring the impact of new technologies, innovations and demographic trends on Indian agriculture and food systems over the next decade.

Precision Agriculture & Automation perceivably creating a “Farm of One” culture; Digitization building better and smarter connectivity among farms and farmers; Biotechnology helping the production of tastier, more nutritious, and eco-friendly crops, are few of the key trends mentioned in the report.

Elaborating the concept of ‘Khet to Kirana’, the report also states that by 2025, over 90 percent of Kirana (Retail Shop) stores will be digitized nationwide, and linked to both farmer and consumer, which will enhance the transparency of the entire supply chain.

Government data suggests a similar trend, as the Electronic National Agriculture Market (e-NAM) which was launched in April 2016 to create a unified national market for agricultural commodities  had 16.6 million farmers and 131,000 traders registered on its platform until May 2020. More than 1,000 mandis are already linked to e-NAM and over 22,000 mandis are expected to be linked by 2021-22. report.

Chairman, FICCI(Federation of Indian Chambers of Commerce and Industry) Taskforce on Agri startups wrote on the website.

“Building a market linkage for farmers by building demand-driven supply chains. Conventional supply chains have 5 to 8 intermediaries between the farmer and consumer, the new-age models have 2 to 5,” writes

Hemendra Mathur, Chairman, FICCI(Federation of Indian Chambers of Commerce and Industry) Taskforce on Agri startups, on the website.

With global digitization snowballing at an aggressive pace, the use of innovative technology is becoming the most effective way forward to achieve sustainability in the mechanism of meeting consumer demand. Innovations brought in by the agritech start-ups in the form of services or products will perceivably provide potent solutions to major agricultural issues in the country.

“Penetration of digital platforms in agriculture has made a significant impact on awareness in the rural sector. The innovative technologies brought in by start-ups have brought in further transparency,” said Jitender Kumar Singh, MD, Ecol Agro Venture- a leading firm in agricultural consultancy in India.

Many young entrepreneurs have notably ventured into the agriculture sector with the objective of working on specific challenges. The ventures have been driven by varied goals like maintaining soil health, conserving water and energy, developing a reliable linkage in the agriculture cycle, reducing the duration of the crop cycles, etc.

The agri-tech startups are leveraging the latest technologies including data analytics, machine learning, artificial intelligence, drones, blockchain, and the Internet of Things(IoT).

Few leading start-ups with proven visibility inter alia include; Stellapps Technologies, which provides dairy farm optimization and monitoring services through IOT and data analytics, Agnext, which has developed high performance and efficient drones among other gadgets for integrated farm data collection & crop analytics, Ecozen Solutions that has developed solar-based products for storage and irrigation, helping farmers in remote areas with limited electricity. Other start-ups like Fasal, have developed on-farm sensors, which capture current data on the growing conditions of crops and gives farmers crop-specific information via mobile. On a similar line, Skymet Weather Services provides the farmer with accurate information on short, medium, and long term weather conditions.

Yogendra Mertiya, CEO Godwar Farmers Collective Private Limited has been running a CSA (Community Supported Agriculture) Project for the last two years. Among other technologies, he rented a portable solar-powered cold storage unit from Ecozen Solutions one and a half years back for his venture.

“We deal with fruits and vegetables and faced a big challenge because the nearest cold storage was some 40 kilometers away. Now we can store and sell the products whenever the prices are high. In fact, with the comfort we have felt, we are looking at adopting more such technologies in the future,” said Mariya.

Growing at the rate of 25% year on year, India currently hosts more than 450 start-ups in the agri-tech sector; one out of every nine Agritech setups in the world today originates from India. With the recent rise in funding, 48% of Agritech CEOs believe to have the next Agritech Unicorn in the next three years, according to a National Association of Software and Service Companies (NASSCOM) report, published in 2019.

“India's agriculture sector is advancing steadily towards its digital transformation and the start-up ecosystem is playing a critical role here, bringing innovation and disruption in much-needed areas,” said, Debjani Ghosh, President NASSCOM, in the report.

The agriculture sector has attracted investments from leading IT companies, banks, and private firms in India. This is evident from “Investment Report ‘20” by AgFunder, a venture capital firm, based in Silicon Valley, which states that Upstream agri-food startups in India, comprising farm and supply chain-linked business models, raised a collective US$312 million across 56 deals in FY2020, up from US$145 million across 43 deals in FY2019.

Their share of overall agrifood funding grew to 42%, compared to 34% in the previous year. During the same course, Midstream start-ups, providing efficient B2B services raised a total of US$200 million across 19 deals making Midstream Technologies the second most active category in FY2020, both by investment value and by deal volume.

Google CEO, Sunder Pichai recently announced a $ 10 billion investment, which shall help leverage technology and AI for social good, in areas like education, health, and agriculture. As an initiative to boost transformation in Indian agriculture, Microsoft, in June 2020, announced the launch of a program for Agritech start-ups in India.

“The farmer as a consumer and a producer is now being empowered by access to information, inputs, farm to fork linkages, and financing support. We expect continued investment momentum especially on the back of significant reforms and digital inclusion,” Pankaj Karna, MD, Maple Capital Advisors wrote in the report.

The Agritech sector in India is also finding support from the central government that is working to double the farmers’ income by 2020. The Ministry of Agriculture, on 6 Aug announced that it is planning to invest nearly INR 36.71 cr in 346 Logitech startups across India. A sum of 11.85 cr has already been invested in 112 start-ups, in July, and an additional 24.85cr will be soon invested in 234 start-ups, as per PIB (Press Information Bureau) press release.

The Investment Report ‘20 by AgFunder, also stated some of the major deals in 2019 and 2020, which include Ninjacart, established in 2015, which raised US$99 million, majorly from Tiger Global, making it the largest upstream investment in an Indian Agritech startup to date, followed by WayCool, which raised US$35million from Lightbox Ventures, LGT Lightstone, and Dutch development finance institution FMO, and Sequoia & Netherlands Development Finance Co, Intello Labs raising $6 mn from Nexus, Omnivore, Saama Capital, SVG Ventures.

“Traditional investors who have not been investing in agriculture so far are now coming up aggressively with identified teams for investment in the sector. We started our venture in 2018 and during the course of the last two years we have been able to raise almost US$ 2 Million.” Says Ananda Verma, Founder & CEO of FASAL, an Agritech start-up. 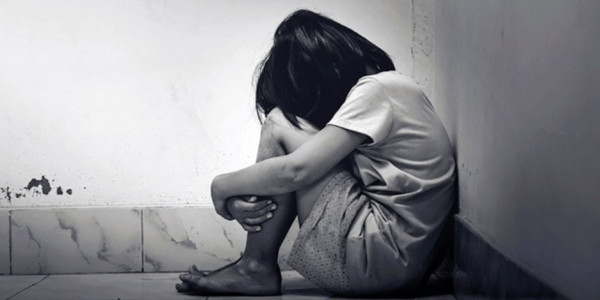 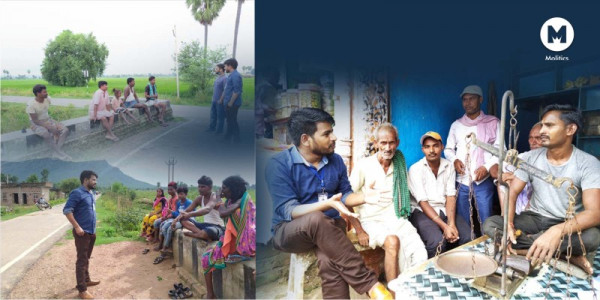 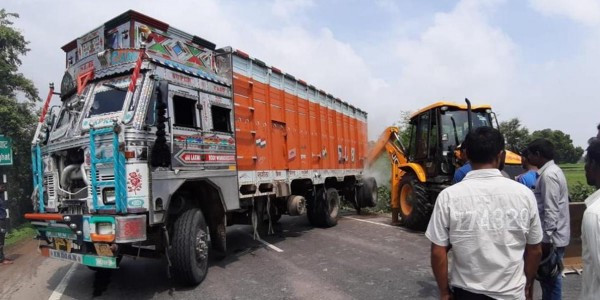 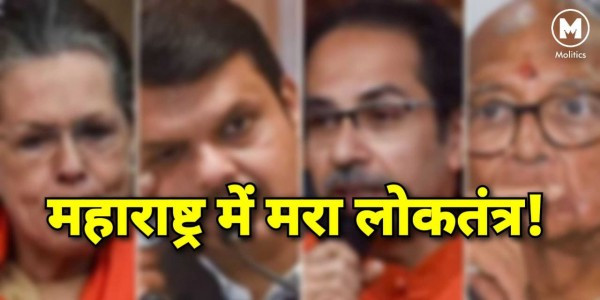 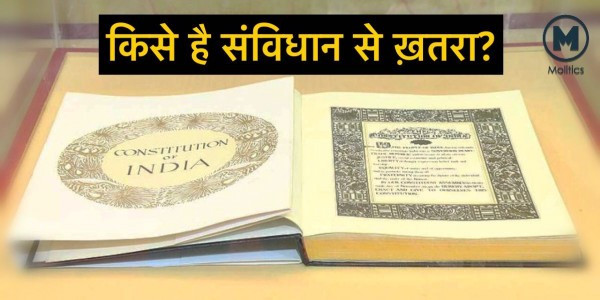 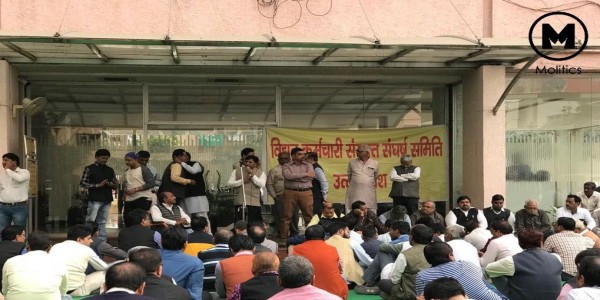